No, Mr. Mayor, the spot you chose for our Statue of Liberty Replica is not growing on us. It seems just as outlandish and disrespectful as when you plopped her there at the end of August.

Below is the view of Lady Liberty heading north on Erie Boulevard approaching Union Street. 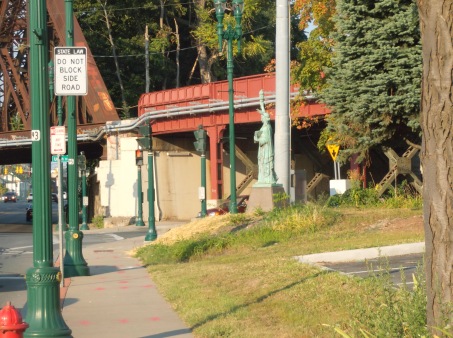 Meanwhile, a perfectly appropriate and quite popular spot is still available just a few blocks away at Liberty-Gateway Plaza, where in 2013 you, Mary Wallinger, and our City Council promised She would be returned. Once again, we ask you to Put Her Back, as promised, as planned, as preferred by the public. 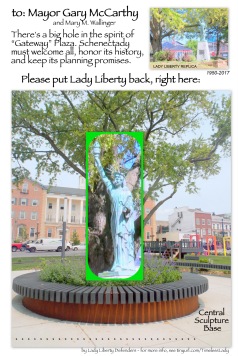