As the Daily Gazette reported on September 9th, the week ending September 2, 2018 was the best week in the history of Rivers Casino for generating gambling revenue, with the first $4 million GGR at the Casino. In addition, August 2018 was the best single month yet at the Mohawk Harbor casino.  [See “Rivers has best month ever but loses top spot among N.Y. casinos: Schenectady casino grosses $14.4 million but new Catskills gambling destination tops it with $15 million” (Daily Gazette, by John Cropley, September 9, 2018)]

But, even a Best Month and Best Week should not make Government tax-counters and citizen taxpayers particularly optimistic. As reporter John Cropley noted:

The monthly numbers do not, by themselves, indicate a trend. Annual or year-to-date figures are better for drawing such conclusions. 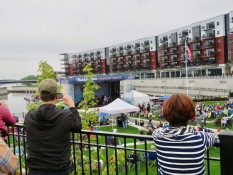 `Those numbers demonstrate a 10% growth in average monthly Gross Gambling Revenue at Rivers Casino Schenectady. As we have argued before, 10% more than last year’s 30% shortfall from Rush Street Gaming’s projections for the first year of operation at its Schenectady Casino is not exactly an impressive turn-around. That is especially true when we consider that Rivers Casino has achieved or experienced virtually its entire “Wait Until We Have” List. – – from the opening of its Landing Hotel, to a year of rentals at its 200-unit River House apartments, to thousands coming to Harbor Jamboree concerts, and much more.

Beyond the fiscal doldrums, despite one very big Table Game week at the end of August, we fear the Slotsification Undertow. For the seven months since Rivers Casino’s 1st Anniversary, February through August,

Increased revenues from Slots undoubtedly means an increase in Problem Gambling and gambling addiction in our community, with all of the damage to the gamblers, their families and friends, and our entire society. That added hazard for Schenectady is especially true if slots players are predominately local residents.

As we wrote last month: 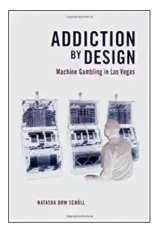 The New York Times article cited above, “Slot Machines Are Designed to Addict” (October 10, 2013), gives a good explanation of how/why slots are so addictive. It was written by Natasha Dow Schüll, and anthropologist and the author of “Addiction by Design: Machine Gambling in Las Vegas”(Princeton University Press, 2013).

The Week After Labor Day: One last reason for City and County leaders to show restraint in counting unhatched gambling tax eggs: Although week-to-week comparisons can be tricky, the week after Labor Day appears to have many unique characteristics for the American workforce and families. Here is how that Week after Labor Day, the first full week of September at Rivers Casino, compared to the cognate week for 2017: