Thank you Albany Times Union, for helping to ensure that the history and legend of the Snowmen at the Schenectady Stockade Gates, on the night of the 1690 Massacre, will be more widely known and will not be buried or forgotten again. At the top of the Sunday TU Business section yesterday, The Buzz column (Dec. 9, 2018, at E1) read: 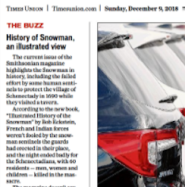 History of Snowman, an illustrated viewThe current issue of the Smithsonian magazine highlights the Snowman in history, including the failed effort by some human sentinels to protect the village of Schenectady in 1690 while they visited a tavern.According to the new book, “Illustrated History of the Snowman” by Bob Eckstein  French and Indian forces weren’t fooled by the snowman sentinels the guards had erected in their place, and the night ended badly for the Schenectadians, with 60 residents — men, women and children — killed in the massacre. . .

After describing the spread of snowmen images thereafter, including widespread use in advertising for alcoholic beverages, The Buzz cheekily points out:

Apparently, they hadn’t learned that alcohol and snowmen don’t mix.

. . [Ed. note] All the hoopla about the craft breweries coming to Schenectady’s Mill Lane Artisan District might be a fateful failure of memory of our local leaders. The 1690 wayward sentinels had, in fact, gone to the Douwe Aukes Tavern at Mill Lane for their tankards of brew, and the Stockade paid dearly for it.

At this website, Snowmen at the Gates, our title theme of snowmen futilely guarding Schenectady’s gates has its genesis in Bob Eckstein’s original 2007 version of The History of the Snowman, which has a chapter devoted to the 1690 Massacre. That is where I first learned of the scandalous dereliction of duty that led to the horrific  Schenectady Massacre. 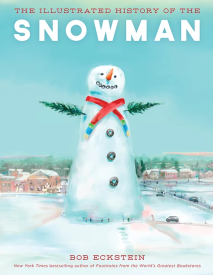 If you’d like to read Bob Eckstein‘s full discussion of the 1690 Massacre and the impotent snowmen left at an open gate (despite warnings from Albany of a raiding party on the way), go to the Amazon.com page for his new “Illustrated History of the Snowman”, where you can Look Inside the Book, and simply search the word Schenectady. You’ll also see that Schenectady snowmen are the first reference to snowmen in North America that Bob found in his comprehensive research on the history of such frozen aqueous sculpture.

Both editions of History of the Snowman contain the full illustration of the North Wind Archives artwork that adorns our masthead above; that’s where I first saw it and was inspired to contact the good folks at North Wind. Here is another image from the Illustrated History, a snow-globe depicting the 1690 Massacre: 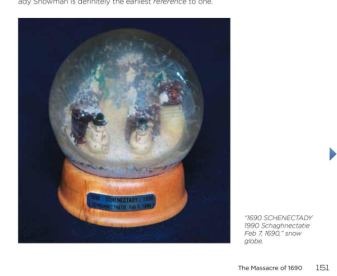 Preparing to write this posting today, I discovered: 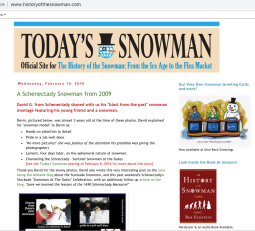 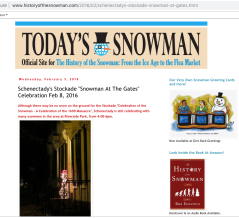 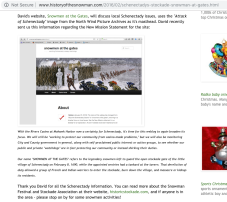 So, in many ways, Bob Eckstein is the godfather or midwife of this website. Without him, we might be called The Adventures of Mayor McSmarty. Or, maybe “If this is a Renaissance . . . “.